Find out what goes into our successful approach to live operations 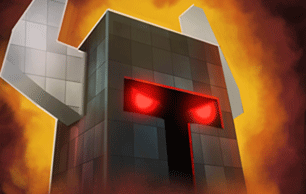 How we doubled DAU on Realm of the Mad God

Realm of the Mad God is a beloved indie browser game. Find out how we re-energized its loyal fans and doubled its DAU, 6 years after launch without marketing spend.

Realm of the Mad God was a critically acclaimed browser game acquired by Kabam in 2012 from an indie studio called Wild Shadow. The game never grew as Kabam expected and the game was put on the shelf as the company focused on mobile games. The game received updates for a year but was left with minimal support by 2014. The game was profitable enough to stave off sunset but continued to lose profits and its audience year over year. Four years later, Kabam decided to sell the rights to Deca Games.

After a few weeks of training and working side by side the existing team, we migrated the game off of Kabam’s platform and tools onto our own. We then set to work on how to inform the players both getting them excited about our plans and allaying any concerns they had about the future of the game.

We evaluated a few different approaches on how to reach and create a dialogue with the players. In the end we decided to take our message to where the players already hung out, instead of trying to force them onto a brand new channel that we owned. Realm had a fairly active fan moderated subreddit. So we decided to post short messages in-game and funnel the community dialogue into the subreddit.

Putting the entire community into an active channel like reddit and interacting with players and answering their questions helped spread our message quickly and create a lot of buzz. A large portion of players reactivated and the activity was immense. In fact, we were featured on the reddit homepage as one of the top trending subreddits of the day.

On top of this mass messaging, we also started reaching out to individuals. We sought the support of past beta testers and active youtubers still creating videos for the game. The testers became and continue to be instrumental as testers and a sounding board for changes we are looking to make. The youtubers spread the good word helping to build more excitement for our efforts. Working closely with these key influencers in the community gave us extra ears, eyes, hands and mouths to reinvigorate our game.

Working with the community is immensely important as games age. Not only are they your customers, fans, and best critics but they can be also be some of the best teammates. As huge fans of your game and a member of its community they want it to succeed and are often happy to volunteer to help.

We knew we wanted to make a good first impression to set the tone for our new relationship with the players. We decided the best way would be to bring back one of game’s long standing traditions that was forgotten as the game lost its team. Every year during the game’s early history, a month was designated as “Month of the Mad God”, and a series of special events and giveaways meant to pump up the community and give back.

We researched what was done in years past, modified some of those events and came up with some new twists like brand new items and re-releasing some scarce ones. The events were a huge success, continuing the immense buzz from the initial takeover, giving the players a good reason to come back, and winning the community’s good will.

Keeping the game clean and balanced

Often times as a game ages, the teams supporting them shrink or are disbanded entirely. With a small team and pressure to keep the game profitable, the roadmap typically prioritizes features or content with an easy to measure ROI. Often bugs, exploits, cheating, balance are never addressed -- which degrades the experience for the fans and breaks the trust between player and developer. You need to make time for the nitty gritty housekeeping or no one will want to stay in your house. Even though we had thousands of tasks during the takeover, we made sure to react quickly to new hacks and exploits and to keep bugs and balance changes in each sprint.

Fast forward to 2017, 1 year after taking over the game. We have reinvigorated the game, reactivating long time lapsed players and doubling the active players. By engaging the fans of the game, word of mouth spread amongst the community. In order to keep them coming back, we have made the community part of the game and set a long term vision for the game as a service. We have embraced the community by taking on beta testers to bang on our continual updates and provide feedback in improving the game. We have created tools that allow whitelisted players to generate new dungeons and skins for their characters and pets helping us to keep the game fresh and exciting and worthy to come back to.